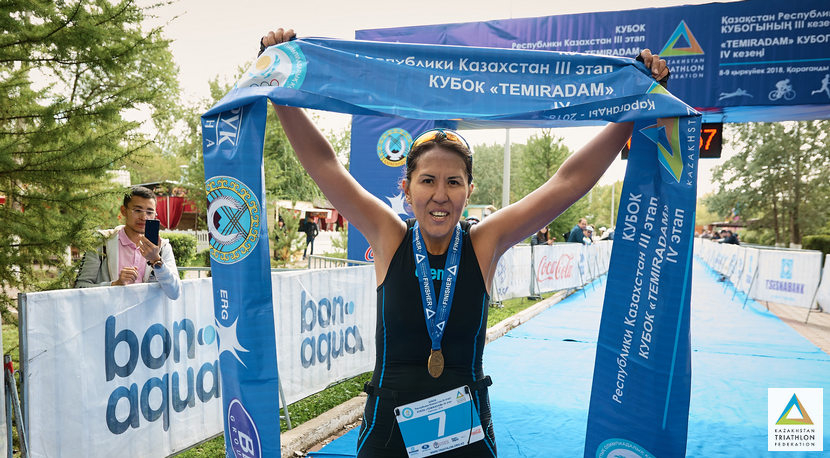 I have been doing sports for a long time. I was teased because of being fatty when I was a child. Having overweight, I was at the bottom of the class in physical training lessons. I was living in a small city with no sports clubs; even my family members were not interested in sports. I was sent to music school to play in two musical instruments (piano and dombra). I was keen on competing since that time. I was taking part in various musical competitions where I was winning prizes. Ridicule of peers motivated me to prove that I can do more. That quality always helps me in life and sport. After finishing university, I decided to lose weight. Firstly, I did a workout with bar-bells and poles. Then I started to run and eat healthy food. Finally, it took several years to lose 20 kg.  From that time, I got obsessed with sport. By the time I was 30 years old, my friend invited me to Taek Won Do training. I really liked it. 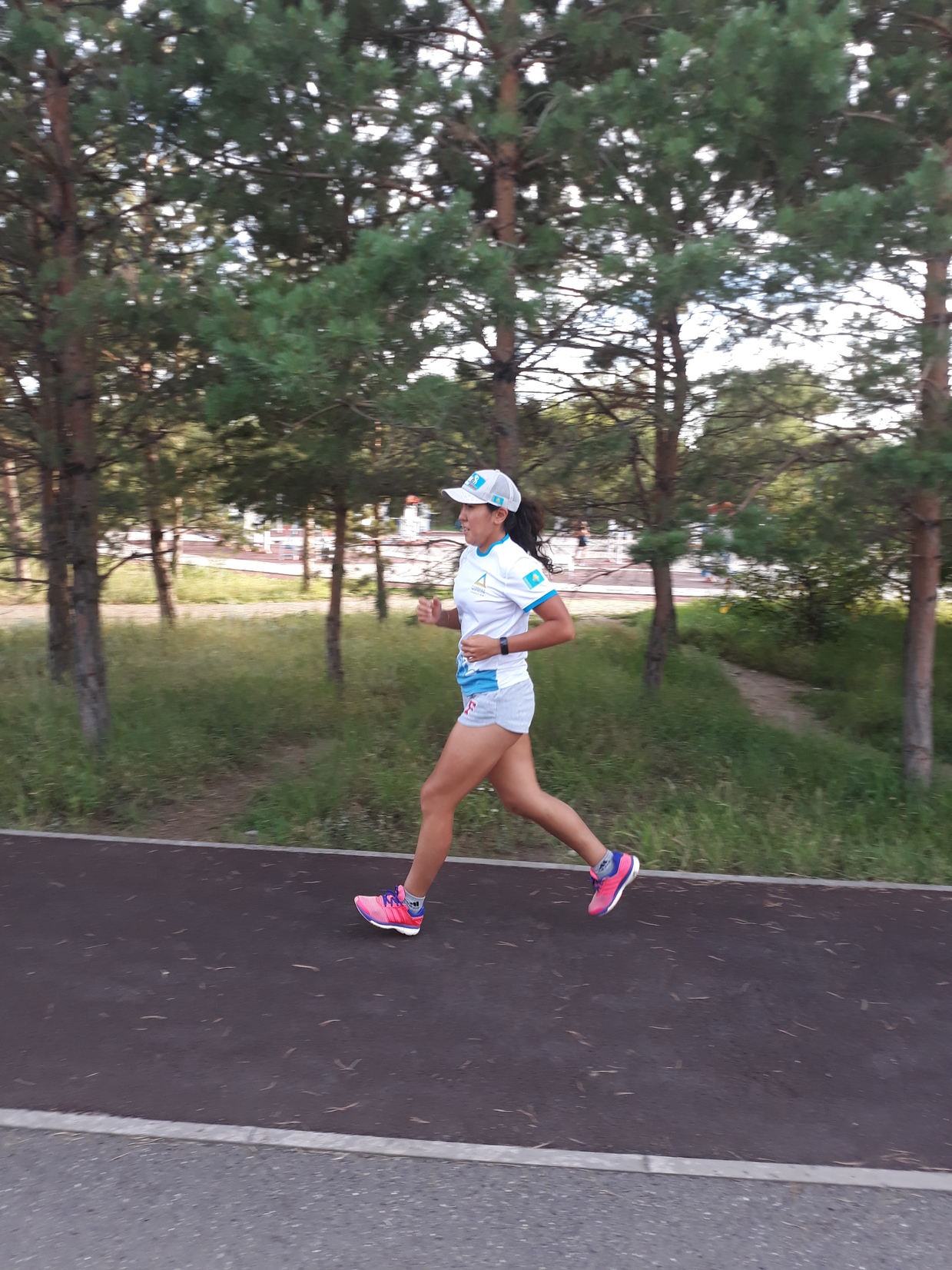 Unfortunately, I had to leave because of lack of time; but I continued to run in the morning. It was giving me a great pleasure.

When I went to World Class Astana Club, I literally get addicted to various group training that club overflows. I always took part in different competitions that World Class organized; moreover, I was winning all the time. As a result, I became the strongest woman of World Class Astana. But at a certain point, I understood that I wanted something more. I heard from my friend about Iron Man 70.3 which would be held in Astana. For that time, I had no idea about triathlon. I started searching for information, and then it is seemed impossible to overcome this challenge. “If they can do it, I can do it as well”- I gave a promise to myself. Right after the celebration of New Year, I started to prepare for the race on the 4th of January. I excluded my favorite strength training and left only functional training. I worked hard on the technique of swimming. I learned to do backstroke and butterfly which I considered as important ones. Astana Triathlon Federation conducted an Indoor Triathlon competition in our club where I won the 1st place in my age group. I received 1-month free training certificate as a prize. I had training at 7 am and at 7 pm an additional hour after a workday. It is a proof of my great desire to become an Iron Man. 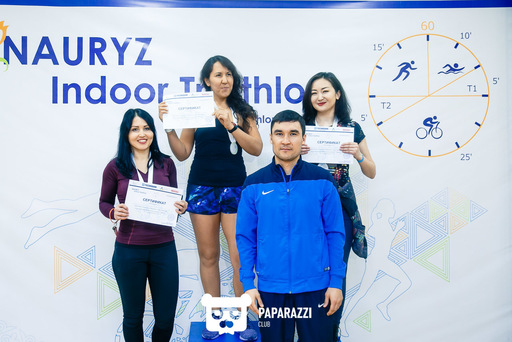 I purchased a racing bicycle a month before Iron Man. When I just started, I failed a lot of times, especially while I was learning to pedal in contact shoes. I am convinced that fails are a part of our growth; therefore, it is more important to stand up every time you fail. Finally, you will do whatever you want,  if you try harder. 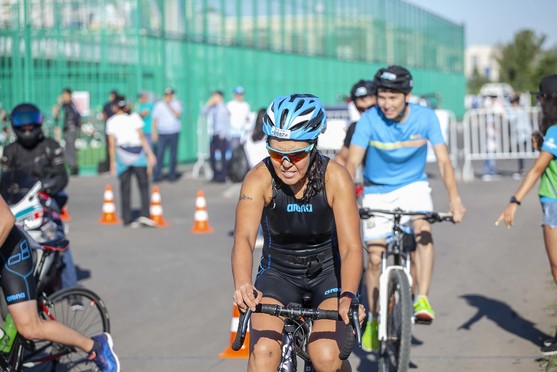 As a result, I became half-Ironman with a result of 5.52.  I see the heights I need to reach by comparing my results to others’ like E. Shatnaya, M. Umbetova, S. Kazybayeva. All the fails I have ever had are not comparable to the emotions I felt crossing the desirable finish line. I did not even assume that I would connect my life with an unknown and mysterious triathlon about 6 months ago. For now, I cannot imagine my life without it. Any finish, regardless of the status of competition, makes me feel that intangible joy.

A lot of starts (from short super print to IronMan70.3) are held in Kazakhstan, especially in Astana, giving an opportunity to take part in. Athletes who live thousands of miles are coming to Astana. I heard a lot of good comments about our roads and conditions from foreigners. So, why we cannot use this chance to become a new IRONMAN.  I fully agree with Karim Massimov, who said that the greatest thing about triathlon is its complicity”. 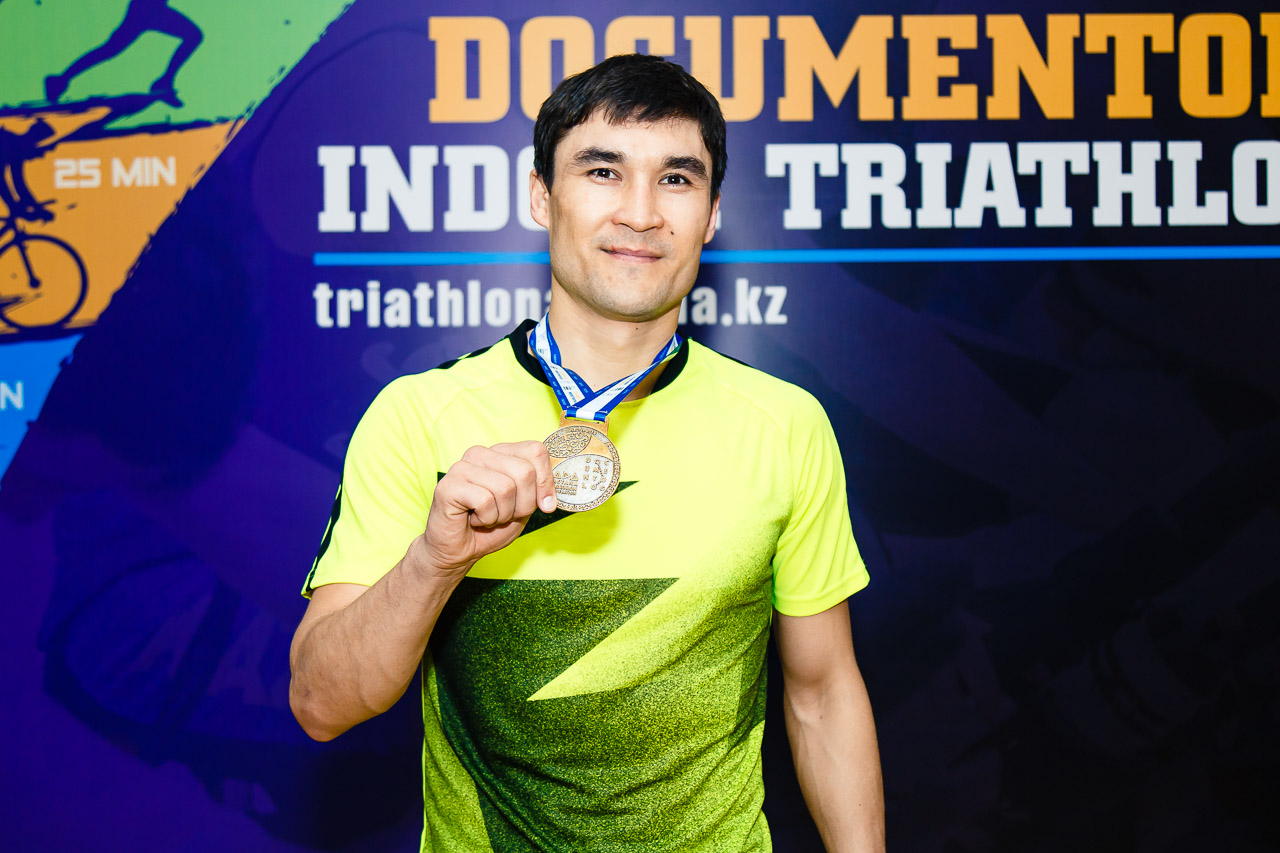 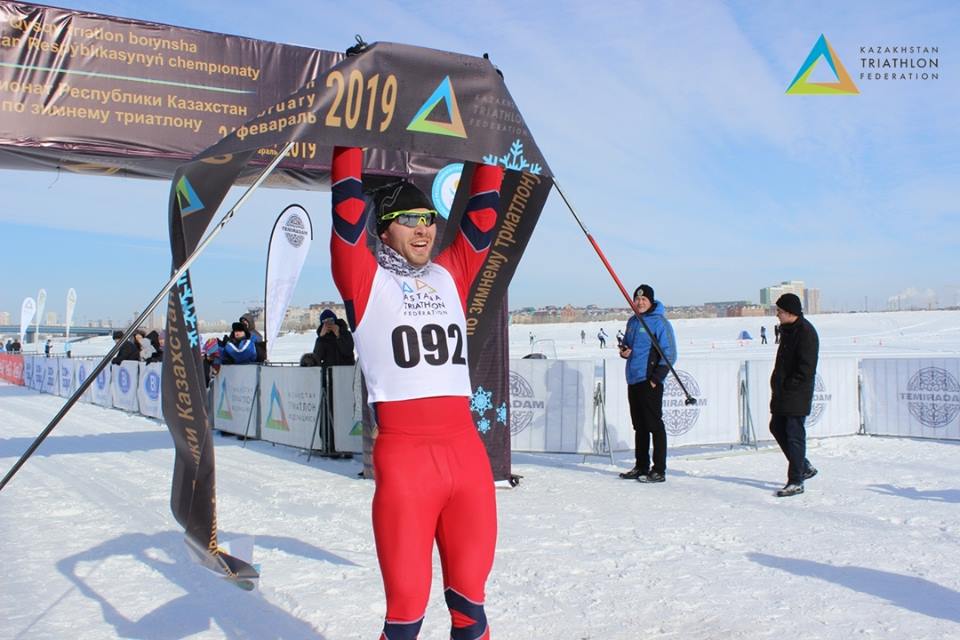